A Big Win. Skateboard gentrification. And Another Big Win. 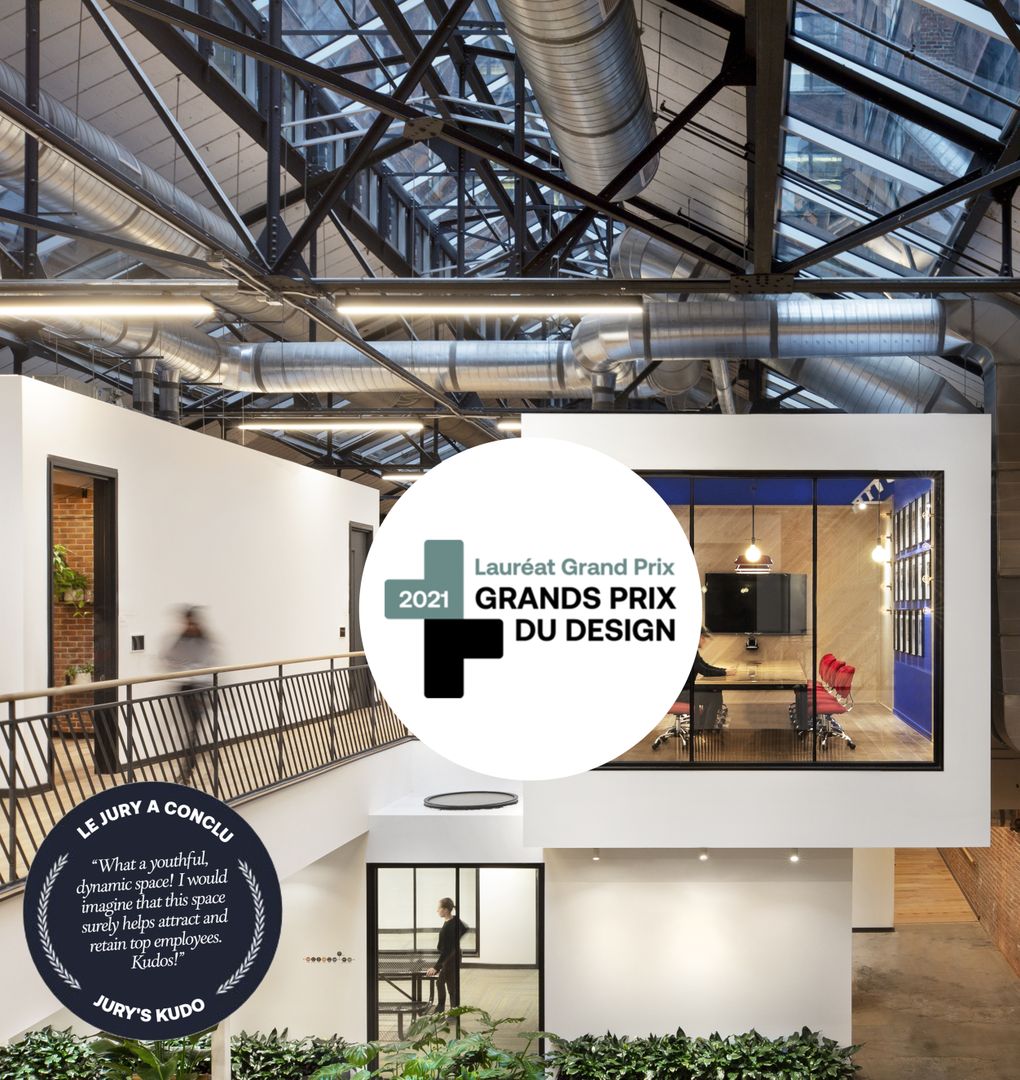 In a time when we’ve all done so much to regain what sense of community we can, it feels somehow incongruous to be publicly trumpeting an award we’ve won. Let alone two. We’re incredibly honoured. And immensely proud. Don’t get us wrong.

It’s a massive recognition. We’d be remiss if we didn’t pass the recognition on to those who equally deserve it. Without the incomparable clients who collaborated with us, we couldn’t have captured these wins. Like a lot of the greats, GSoft is a leading edge company for a set of reasons well beyond the incredible tech solutions they produce. They took the opportunity to redefine how work gets done before the onset of the pandemic. The new space we built with them is one that energizes the staff that inhabit it. We’re unbelievably grateful to have been able to work towards realizing their ideal headquarters in a partnership.

Obviously, without the Linebox staff whose diligence, creativity, experience and vision exceeded the goals of the GSoft team, the awards would have been equally impossible. Those relationships, that skill and the mandates that underlie the experience is what will remain. That’s the stuff we take forward.

Creating avenues to link various factions within a company will promote interaction and engender a sense of shared purpose. GSoft staff are connected in their new headquarters by an unusual strand of ramps, banks and paths. The culture at the tech firm is inextricably tied to skateboarding.

Skateboarding has a history of divisiveness, not of its own creation, but of being kept on the outside by defensive architecture and officials. But the sport carries a message larger than itself. In Philadelphia, there was a park (JFK Plaza) overrun by drugs and gangs. Then skateboarders discovered the marble ledges and smooth pavement. When the skater kids felt safe enough to use the space, workers looking down from nearby buildings started feeling safe too. Pretty soon, almost everyone was going again. But eventually, after the more affluent visitors arrived, the city council enacted a park ban on skateboarding. The founder of the park, a past city-planner, protested the ruling and skateboarded through the park. (He was 92 – and happened to be Kevin Bacon’s dad.) But the skateboarders lost. And today, the revamped park, criticized as characterless and unoriginal, has been called a “featureless plateau”.

What we learn from this isn’t truly about boarding at all. It’s the value of bringing different people together in a venue. It’s the mix of varied approaches to seeing the world that enables creativity and produces something bigger than the sum of its parts. It’s true of the parks. It’s true of office spaces, too. Built to host their staff. In commercial architecture, creating an environment that supports people’s ability to work together is the foundation of good design. There are decisions that can be made to draw together elements of organizations that might otherwise be divergent. We made everything rideable. It links the enormous square footage in a way that’s dynamic and fun. But it also makes impromptu connections with workers from varying departments more frequent.

No GSoft employee feels they belong to a single delineated space within the walls of the headquarters. They don’t have to be tethered to any particular workspace on any given day. This can only serve to remind the staff that they are sharing the catch. Organizations are finding that creating office space that allows more interaction between departments is a winning proposition. The same companies are discovering that designs that permit a variety of work requirements, from highly focused to paired and larger meetings, are an essential cog in the road to productivity. The GSoft offices host nooks for working individually, amongst larger spaces that allow greater engagement. Staff can choose to work at a desk, cocooned in a cozy alcove, mingle in an onsite café or brainstorm in a meeting space. They are not shackled to one zone.

What we’ve learned from the pandemic is that the ability to control the conditions of our work are more important to us than we realized, and more flexible than many had deemed possible.

We’ve also learned that despite our attempts at modesty, it’s pretty great to be able to shout about a big win like this. Maybe there’s a time to let humble slide. We’re indebted to our clients and Linebox’s incredible Montreal office. We’re also so thankful to the Grand Prix du Design for creating and administering the awards. But mostly for choosing us. Twice. We’re going to pop a cork or two, and maybe work on our 360 varial kickflip.